FTM 2012 Treesync Seems Like It Was Quite A Project

Site Hotlinks - Site BLOG/News, About Us, FAQ, Contact Us

>>>> New - Subscribe to Our Newsletter. Use Chat Widget at Bottom Right, Enter Your Name, Email Address, and the Word Subscribe.<<<<

We were working on a consulting project, and I was working under the assumption that we could build a tree on Ancestry.com, and then just copy it and keep the old tree while we worked on a new tree. We wanted to do this so we could share the work we’d been paid for, and then work privately until the client was ready to pay for the new work. This seemed like a logical way to do business. After we passed a pay point, I noticed Julie was taking a long time to get to work on the next one. It turns out, she was having to copy the tree person just about from scratch the hard way. “Do you mean to tell me there is no way to copy a tree?!” “That’s right.” Well, that’s mind boggling.

I started researching the issue, and I quickly got to some Rootsweb discussions talking about synchronizing trees between Family Tree Maker (desktop) and Ancestry.com (web). We had FTM 2009 (painfully on a  Windows XP virtual machine on my MacBook) and at least with that version all transfers seem to be via GEDCOM transfers and were very limited. FTM 2011 was touted as having the ability to copy a full tree to and from Ancestry.com, but there was a lot of discussion about the fact that when you copied the tree, it became a new entity both on the desktop and on the web. What folks in this thread were clamoring for was the ability to synchronize the trees, and work with either and be able to reconcile the two (between desktop and web). That way things like hints don’t start from scratch when you copy the tree, etc. There are lots of implications.

Not long after I began to investigate (it may actually have been before I started to investigate), Ancestry announced their FTM 2012 with Treesync. I soon learned why they were doing it (see above), and it turns out that is seems like it’s just what the doctor ordered for our purposes. We pre-ordered a copy, and proceeded to wait for our copy. I put that line of research on hold to see what happened. We finally got our copy around the 3rd week on October (I could talk about the failures associated with this delivery, but…), and after sync’ing a couple of smaller trees (< 2000 people), I proceeded to attempt the big one at ~ 53,000 people. As soon as I told it to start, Julie hollers “WHY CAN’T I ACCESS MY TREE?!” “Well, I imagine it’s because they need to lock it while they’re analyzing it to see what needs to happen to it to transfer it.” About a half an hour later, an error message pops up saying it was unsuccessful and to try again later and/or contact customer service. I give it a while, and try again. More complaints and a half hour later, failed again.

The first call to customer service was kind of disastrous. I think it might work if you uncheck “Sync,” copy it from Ancestry to FTM, and then copy it back. Oh, you do, do you? Well, that’s not what I bought it for, and have you read the threads with vociferous complaints about what happens when you do that?! Then “Oh, I see what it probably is. There are non-letter/number characters in Media captions - we only allow letters/numbers and maybe a comma in Media captions. Why don’t you try removing those from captions, try Sync again and call us back if it doesn’t work?” I’m thinking “like h*$$ I will” but I was tired so I let the guy off the hook. It turns out that was the right thing to do, because when I called back a week later, I got someone on the phone who was very helpful, and agreed that the suggestions I had received were strange. He tried to sync Julie’s tree, and got the same error, which was great, and so now they are supposed to be working on the problem. I hope they will resolve it, because having a full copy of that tree is worth a lot to us, and we didn’t actually pay a lot to make it happen.

There are features available on FTM (2012, 2011, etc.) that are for whatever reason not available on Ancestry.com. One of the stranger ones is that you can NOT search for text on Ancestry in your tree. You can search for people, but if you don’t know where you put something on Ancestry, good luck!  On FTM, you can search for free text (so I’m told, anyway - but am waiting for success on the above to try it).

I hope no one thinks I’m particularly complaining about the time this is taking for Ancestry to get this working. While they probably should have gotten things working before they released the software, as long as they make it work over a reasonable period of time, I think we’ll be happy. I’ve done a lot of work with databases, and I understand that this is a very large and complex project. I don’t see Ancestry backing down on making this work here - this means a lot to them, and it means a lot to their customers. For our part, we would like to thank Ancestry for putting themselves out there and tackling the hard problem! Now if we can get them to tackle free text search within a tree on Ancestry…  ;-) 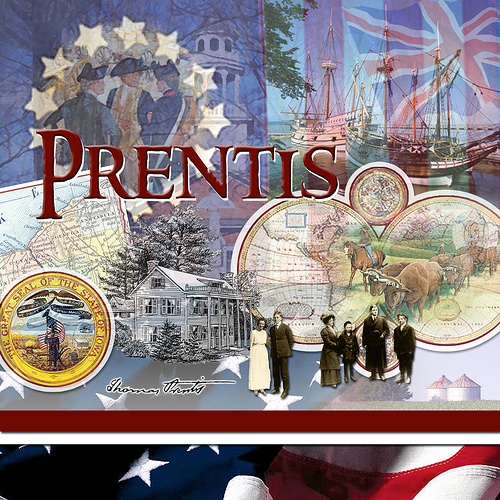